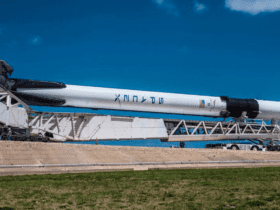 The last steps of development for Apple’s mixed reality headgear are said to be nearing completion. The item has been the subject of several stories on the internet in the previous few days. There are conflicting reports about whether Apple has shown off the headgear internally or if it would be sold without a base station.

Bloomberg claims that Apple executives, board members, and CEO Tim Cook got a sneak peek of the mixed reality headgear at a meeting. According to reports, Apple’s M1 chipset, which can be found in select MacBook and iPad models, is being used in the last phases of development of the gadget. This might mean that the mixed reality headset from Apple is available sooner than previously anticipated. This sort of gathering is common throughout the year, thus Apple didn’t convene a meeting for the purpose of announcing the new product.

Do we have other details?

It has also been reported that Apple’s next AR/VR headset would not need a base station. In order to house the M1 Ultra processor, Apple’s Mike Rockwell, the company’s director of AR/VR, needed the gadget to contain a base station. It seems that the corporation has taken a different tack with the product. According to reports, the gadget has up to 14 cameras that can analyze footage from several angles. In order to mix the real-time video stream and transmit AR entities across it, it must have a strong chipset.

Apple’s debut mixed reality headset has been postponed until 2023, according to a report from 9to5Mac earlier this month. If the debut date is correct, the Apple mixed reality device will miss the next Worldwide Developers Conference in June 2022. A million to 1.5 million devices are expected to be sold in the first year, according to the manufacturer. The mixed reality headset is believed to blame for the delay. According to the source, Apple is having difficulties with the device’s cameras, software, and heat. There are, however, indications that these problems have been surmounted by the company’s board members.