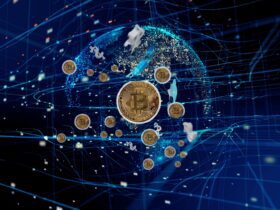 Researchers Determined With 99% Certainty How Many People Were Behind Bitcoin

For the first time ever Corsair has released a gaming laptop, following decades of dominance in the desktop market. Powerful AMD CPUs and graphics cards make the new Voyager a1600 an AMD power force. After purchasing enthusiast PC manufacturer Origin in 2019, Corsair has made its first foray into mobile hardware with this gadget.

Corsair has just supplied us with renderings of this device, and AMD only gave us a quick glimpse of it at the Computex keynote, so we can’t say for definite what it will look like. Take a peek, and you’ll probably notice one thing right away: there’s a touch bar.

What does the touch bar provide?

The Elgato Stream Deck software powers these S-keys, so you can expect to use them for a variety of live streaming features, such as scene switching, media launch, and audio adjustment. However, it is an innovative notion that is rare in gaming — and may also function well as a Zoom conference controller. We wouldn’t anticipate a laptop to be the primary device for many streamers. It looks that these touch controls are accessible even when the laptop is closed. This feature is nice, but I’m a little concerned about buttons being accidentally pressed when the laptop is being carried about, such as in a backpack.

Following in the footsteps of another gaming hardware manufacturer, Razer, which went on a building and purchasing frenzy, Corsair isn’t shocking to see in the enthusiast laptop market. Corsair has recently acquired Elgato, Scuf Gaming, and Origin in addition to the peripheral manufacturer, and it seems that it is set to extend its reach to consumers who do not necessarily want to construct their own systems.