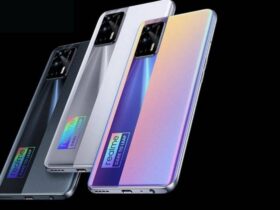 It seems like every year, there are new reports regarding an alleged Apple Car in the works. The company apparently started out planning to build a driverless car without a conventional steering wheel or pedals. Yet it appears that Cupertino has altered its original release schedule for its debut product. According to a recent Bloomberg article, the initial Apple car may only have limited autonomous capabilities, such as being able to drive itself on highways. Users will need to revert to manual control in inclement weather or on roadways with limited visibility.

By 2026, Apple should have its first mass-produced automobile available for less than $100,000. Companies have been working on a special chip that will power the smart vehicle. It is estimated that the chipset’s power is equivalent to four high-end Mac CPUs. It’s possible that the Apple Car may be equipped with technology like LiDAR scanners, radar sensors, cameras, and more to assist it identify nearby people and things.

As far back as 2014, Apple has been working on this particular venture. The company’s focus has changed multiple times over this extended time period. Sometime in the past, for instance, it made the executive decision to develop its own autonomous driving system that it would then license to automakers. Ultimately, the focus returned to the initial goal of autonomous vehicles. And now the most recent study suggests that the end result may be semi-autonomous after all. Apple may decide to make further adjustments to the plan or scrap it entirely due to the intricacy of the undertaking. In the end, the rumored release date is probably still around three years away.

If Apple actually releases a car, it’s possible that the function where it can drive itself on the highways will only be available in the United States or Canada at first. Some of the business’ AI processing could be outsourced to the cloud. In case of an unexpected event, we anticipate it to also include a remote control function. Moreover, there is a movie-watching system for when you’re on the move.