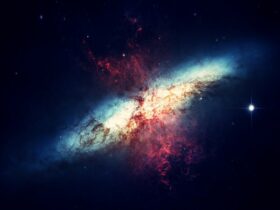 Previously unconfirmed information suggests that the long-rumored Google Pixel Fold will be smaller than expected. The most recent rumor claims that Google will adopt a design like that of the Oppo Find N.

After unfolding, the Google Pixel Fold, according to reliable leaker OnLeaks, will be about 158.7 x 139.7 x 5.7 mm in size. This would make it a little bit wider than the Oppo Find N and roughly the same height. However, it will be far more manageable in the hand than the Galaxy Z Fold 4. In spite of being thinner than both of them, the gadget will still be 8.3mm thick due to the size of the camera bump.

According to OnLeaks’s latest report, the Google Pixel Fold would include a 7.69-inch folding screen with a right-aligned cutout in the top bezel for a selfie camera, and a 5.79-inch cover screen with a centered hole-punch cutout. Leaker also released high-resolution renders validating the previously reported design, which surfaced a month ago.

Morning #FutureSquad! I can finally confirm this actually is the #Google #PixelFold! (360° video + crispy 5K renders)

In addition, today I exclusively reveal its main and cover display size as well as its overall dimensions.

Renders show that the Google Pixel Fold will have a camera visor on the back, similar to the Pixel 7 Pro but without a curved design on the edges. A microphone, LED flash, and three cameras will all fit inside. Both the cover screen and the main foldable screen of the gadget will have rounded corners and substantial bezels. The Pixel Fold’s power button also functions as a fingerprint scanner, while the device’s volume rocker can be found on the right edge.

While OnLeaks hasn’t confirmed it, we expect Google’s Tensor G2 SoC to be inside the Pixel Fold. In terms of software, the phone will probably ship with Android 13 pre-installed, with some tweaks made specifically for its folding screen. Some speculate that Google will unveil the Pixel Fold in May of 2019 for $1,799, but we are not certain at the moment.