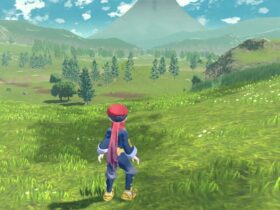 We must say right from the start that it’s neither Goku nor Vegeta who wins the big prize. Those two pure-blooded Saiyans had been Earth’s most efficient heroes several times, but there is a fighter even stronger than them.

A new interview with Akira Toriyama himself reveals that Gohan is the strongest Dragon Ball character in the writer’s view. Toriyama made the claim in the context of the upcoming movie’s plot, which is known as Dragon Ball Super: Super Hero. Surely this will be surprising for a lot of fans, considering that many would bet on Goku to be the strongest.

Gohan is actually stronger than anyone…or so it’s said, but lately he hasn’t really gotten a chance to shine. In order to motivate Gohan, it takes his revered teacher Piccolo rather than his father Goku. I figured I’d try giving birth to a new superhero by putting these two in the spotlight through their intense battles with the Gamma androids.

The new movie is scheduled for launch on June 11, and it will present the Red Ribbon Army as it’s back in business and up to no good. Recruiting a new mad scientist, the organization has developed more powerful androids than ever before. Their names are Gamma 1 and Gamma 2, and they’ll have to give the Z warriors a hard time once again.

The new movie will also be featuring characters such as Frieza, Broly, Majin Buu, Whis, Beerus, and more. It will be interesting to see what role each of them will have.