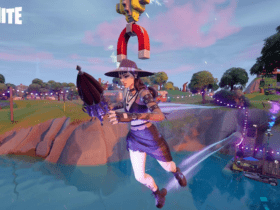 Windows 11 has been out since early October for users to grab, and it’s even free for anyone who has a license key for Windows 10. Microsoft’s new operating system is being received relatively well by the public, but that doesn’t mean that cyber thieves can’t exploit some of its weak spots.

According to Forbes.com, a botched security patch is once again leaving multiple Windows versions exposed to a possible hack. The funny thing is that the same thing happened a few weeks ago.

Security researcher Abdelhamid Naceri has disclosed the CVE-2021-41379 flaw. Microsoft tried to patch it earlier in November but failed. The flaw allows cyber attackers to take control of the victim’s computer, and you can easily imagine for yourself what could be next. Whether we’re talking about Windows 10, Windows Server 2022, or Windows 11, they can all be affected by the flaw.

While speaking for BleepingComputer, Microsoft admits that the flaw exists:

We are aware of the disclosure and will do what is necessary to keep our customers safe and protected.

However, Jaeson Schultz brings some bad news, who’s Technical Leader at Talos Security Intelligence & Research Group of Cisco. He said, as quoted on the blog:

Talos has already detected malware samples in the wild that are attempting to take advantage of this vulnerability,

This is just more evidence on how quickly adversaries work to weaponize a publicly available exploit.

Therefore, the best thing you can do is give the biggest virtue of all a try: have some patience. You should wait and see how Microsoft will deal with the situation, and hopefully, the tech giant will come with a solution anytime soon.

Feel free to tell us if you’re worried about the CVE-2021-41379 flaw! You can also share with us your opinion regarding Windows 11, considering that Microsoft’s latest operating system has been released for only about a month.