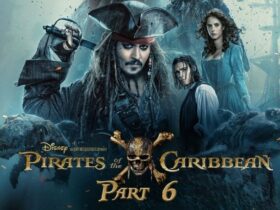 When it comes to technology, you always have to keep up with the latest updates, even if you’re just a simple user. It’s also the case for WhatsApp – it was only a matter of time until the Meta-owned instant messaging app would end support for some devices once again.

According to WABetaInfo, WhatsApp won’t offer support anymore for devices running on iOS 11 and iOS 10. Therefore, if you have an iPhone running on either one of the two versions of Apple’s operating system, it’s obvious what you need to do in order to keep using WhatsApp on the device. Just install the latest iOS version that the phone supports. If you can’t update, the only remaining option is to buy yourself a new phone, regardless of how harsh that might sound.

You still have plenty of months to decide if you’re updating your iPhone to the latest iOS version or not if WhatsApp’s decision affects you. The support for iOS 10 and iOS 11 ends on October 24.

iPhone 5 and 5c are some of the models that won’t be able to use WhatsApp anymore after October 24. However, few people still use them, considering that these devices are around ten years old.

The developers responsible for WhatsApp constantly try to please users by updating the famous app regularly. For instance, it will soon be possible to leave a WhatsApp group without having to let others notice. WhatsApp would automatically notify other members of a group when one of them decides to leave. This was obviously something that not everybody liked, and some users demanded that the feature would be removed.

WhatsApp remains free-to-use, and except for the mobile version, you can also install it on a laptop and use it from there as long as you have your phone around.