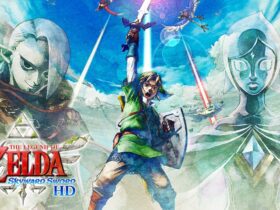 If you’re also one of those folks who don’t like to leave a party without saying ‘goodbye,’ we’re not sure if a new feature that WhatsApp has in the works might delight you.

Right now, perhaps you’ve noticed that when someone leaves a WhatsApp group, the other members will see a notification about him deciding to leave. But this won’t be the case anymore in the near future. And let’s all admit it: there are way too many irrelevant groups on WhatsApp out there!

According to WABetaInfo, the instant-messaging giant is now testing the feature that allows a user to exit a WhatsApp group without the others being informed of his decision. Therefore, they won’t get the notification anymore of the person leaving.

The new feature should arrive on WhatsApp as a new update. Once you opt to leave a group, you’ll be asked to confirm your choice. At the same time, a message will notify you that “only you and group admins will be notified that you left the group.” All you have to do from that point will be to simply press the ‘Exit group’ button to confirm.

At this point, there’s no telling when the new feature will become available. But until then, you can as well remain unmoved by the complaints of others if they’re upset when you want to leave a group. Just go ahead and say some harsh truth to them that the group is completely uninteresting!

WhatsApp from Facebook is a FREE messaging and video calling app. It’s used by over 2B people in more than 180 countries. It’s simple, reliable, and private, so you can easily keep in touch with your friends and family. WhatsApp works across mobile and desktop even on slow connections, with no subscription fees*.

Are you excited about WhatsApp’s upcoming feature?