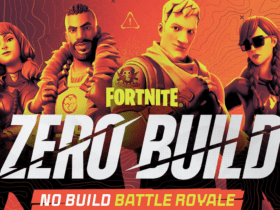 WhatsApp is one of the most popular instant messaging services of all time. It was released many years ago and rapidly became a part of most people’s lives.

It used to be a paid service, but it ultimately went free.

WhatsApp is owned by Facebook, but it works in a different manner than Facebook’s messenger, mainly thanks to the fact that it features end-to-end encryption.

WhatsApp gave the world what it needed the most during challenging times like the worldwide pandemic – communication.

It is one of the best solutions to stay in touch with your loved ones without physically interacting with them. You can perform voice and video calls in a reliable manner. You can also send photos, videos, and documents.

With each new update, the experience gets better and more reliable. In the latest version patch notes, the developers announced that users can now listen to voice messages at various speeds by tapping the 1x / 1.5x /2x buttons when a message is playing.

We strongly suggest that you install the new update. Though you may not be particularly interested in the new playback speed option, the update includes some safety features that we don’t know of.

At this point, it is safe to assume that every new WhatsApp update incorporates some safety tweaks, which is one of the main reasons why you should keep the app updated at all times.

The new update is a beta one. You can install it right away by joining the company’s beta program, or you can wait for a worldwide release, which we suggest.

Stay tuned for new updates regarding WhatsApp as soon as they are made public!