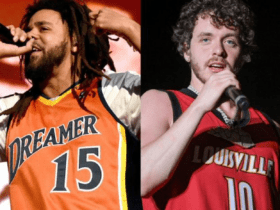 The song belongs to the Weeknd and is now the most streamed song on Spotify. The 2019 hit ” Blinding Lights” spent almost two years on Billboard Hot 100 chart, showing the song’s immense popularity. The streaming service was announced on Wednesday.

Continue to read to find out more about the most listened to song.

Here Are Some Facts About “Blinding Lights”:

Blinding Lights is one of the Weeknd’s six career No.1 hits, spending four weeks at No.1 on the Billboard Hot 100. The beginning of highest number of listening was in 2020 and continued until 2023. Also, it was the most-streamed song on Apple Music last year. In 2021 Abel performed at the Super Bowl halftime show. After his 2020 album “After Hours,” the artist released Dawn FM in 2022.

Meanwhile, the original song from Avatar: The Way Of Water made the shortlists for Oscars consideration.

As you know, Spotify is one of the most popular music streaming services and has 465 million users.

Find Out More Information About The Weeknd’s Latest Achievements:

Another song from the album Starboy is on top. Stargirl is now the most streamed interlude in Spotify History, surpassing “Worlstar Money.”

Stargirl Interlude is a song by The Weeknd featuring Lana Del Rey. The title refers to the album’s titular character, Starboy, but focuses on the female counterpart, similarly named Stargirl. Another collaboration between the artists is the track from Lana Del Rey’s fifth album, Lust for Life, in 2017. The two of them have been friends since 2012, and their first collaboration was on his 2015 track “Prisonier” from his album Beauty Behind the Madness. After this, the two collaborated in several sessions in 2015, resulting in the Starboy tracks Stargirl Interludes and Party Monster.

Sit tight for more information, and continue to listen to your favorite songs!