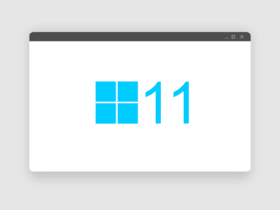 Watch Dogs: Legion Title Update 5.5 was a highly anticipated update that promised many new exciting additions. Ubisoft made the announcement today that the update was finally released, and players from all platforms can access it. Unfortunately, there appears to be some error that keeps the new content unavailable. Players have reported that they can see the new menu screen, but they cannot access it. Others have received prompts telling them to update, despite already updating, and some have reported that Operative Darcy appeared as unavailable.

Luckily, it appears that the content is gradually being released on all platforms. More, that Ubisoft also discussed with the concerned players on Twitter. Many have now reported that they can access the new content properly.

Watch Dogs: Legion Title Update 5.5 – What does it bring?

The update brought plenty of new content and exciting changes to the game. The update was primarily focused on online game elements, but plenty of content was added for those who prefer single-player as well. One of the most important additions was the Assassin’s Creed crossover, which brought a brand new playable character. More than that, the crossover added a new group of story missions, all of them available for players who have the Watch Dogs: Legion season pass. The update also promised Watch Dogs: Legion of the Dead, a new zombie mode that is available to all Watch Dogs players.