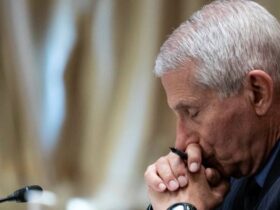 According to researchers, a “living cell therapeutic device” may shield us from antibiotics’ detrimental adverse effects on our digestive tracts.

In order to provide an enzyme that really can decompose beta-lactam medicines, they changed a type of bacterium that is often used in the manufacture of cheese. In the United States, penicillin is one of the most regularly given antibiotics. They used gene editing to alter the synthesis of the enzymes in their bacterium in order to stop it from passing on its capacity to make it to additional bacteria. Treatments that lower antibiotic side effects while still enabling them to accomplish their job has been achieved.

After only three days of treatment with ampicillin, mice whose gut microbiota had been damaged by the antibiotic recovered completely thanks to the bacteria the researchers used in the research. However, in mice that got just antibiotics, there was a dramatic decrease in the bacterial population.

It may be some time until you’re able to take a round of altered bacteria with your next dose of antibiotics, but the researchers are optimistic. They are currently focused on providing these living therapeutics to patients and completing the concept of an efficient, quick, and cost-effective clinical study.

While the research team is going to continue testing and improving their new strain of bacteria, it’s worth considering how such a treatment could be used right now. Millions of people currently rely on antibiotics as an easy way to deal with infections while they wait for an immune system boost and repair from natural supplements or diet changes. A pill like this could help keep that damage at bay while we focus on getting better and avoiding medications in the future.

The research was published in the journal Nature Biomedical Engineering.