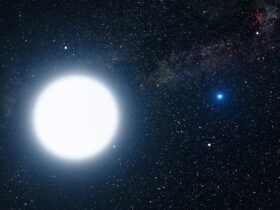 Vampire Star Or A Nearby Black Hole? Scientists Are Baffled

Windows 11 already has some time since it was first released, and many users are already seeing it as a worthy placeholder for the prequel Windows 10. Windows 11 makes life easier for users, and not just for its new design.

Windows Latest announces that the KB5012592 update for Windows 11 is already available for the general public. A list of improvements is also revealed, and we must say that there are pretty exciting.

Nobody likes bugs, that’s for sure, whether we’re talking about those ugly little insects or tech errors. The KB5012592 might not get rid of the insects, but Microsoft promises that it will do a great job in the case of many technical errors from Windows 11. It won’t bring any spectacular set of improvements, but it’s still worthy of attention for the search highlights that it brings.

Here’s what Microsoft has to say about the area of the improvements:

This security update includes improvements that were a part of update KB5011563 (released March 22, 2022) and also addresses the following issues:

This update contains miscellaneous security improvements to internal OS functionality. No additional issues were documented for this release.

To get your hands on the KB5012592 update, all you have to do is head over to the Windows Update option and see if it has been made available. However, Microsoft itself has even published some download links, meaning that you can install the update manually. It’s also worth mentioning that it’s hard to get rid of the new update since it’s a mandatory one.

While we can’t wait to test the new update ourselves, we would be glad to know about your own expectations about it and how you perceived it if you’ve already given the update a try!