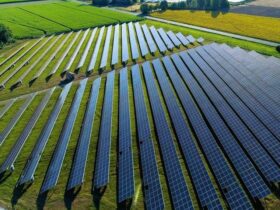 The fourth wave has hit hard on the U.S medical system, and the predominant Delta strain has caused a surge in daily new infections. According to the letter published at the beginning of the month in The New England Journal of Medicine, the University of California San Diego Health (UCSDH) experienced a resurgence of Covid-19 infections, although more than 87% of workers are fully vaccinated.

What do the findings imply?

According to the letter written by several doctors and researchers, the vaccination of the UCSDH workforce began in December last year, and since then, more than 87% of the staff has been fully vaccinated. Since then, the number of cases decreased dramatically, and between March and June, only 30 cases of Covid infections in health workers were detected. However, California ended the mask mandate at the same time, the Delta strain became dominant, and there has been a spike in Covid-19 infections in health workers. Between March and July, out of the 227 Covid-19 positive workers, 57% of them were fully vaccinated with a Covid-19 vaccine.

One of the authors of the study explains

According to Dr. Francesca Torriani, UCSD Professor of Clinical Medicine and Program Director of Infection Prevention and Clinical Epidemiology, there has been a significant switch from one month to the other. From 15 cases in June, there were 125 in July, and 75% of those infected were fully vaccinated. Most of those who got infected were young and healthy.

At the same time, vaccine effectiveness decreased from 90% in March to around 65.5% in July. The study links these results to the Delta variant, which originated in India. The conclusions are that mask mandates and other recommendations need to be reinstated in California and worldwide, and people need to get vaccinated to stop outbreaks.