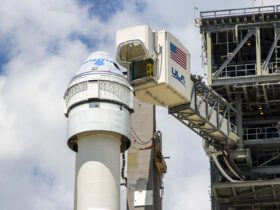 What’s Up With The Boeing Starliner?

Today, Ubisoft has officially announced that it will be participating in Gamescom 2022, which will take place between the 24th and 28th of August, in Cologne, Germany. The announcement was made today, on their official Twitter account.

See you at @gamescom!

While other well-known game publishers, such as Sony, Nintendo or Activision Blizzard, won’t be attending this year’s event, Ubisoft is expected to have an extensive showcase featuring some highly anticipated titles. According to WCCFTECH, the list of games about which we should be getting updates includes:

On June 14th, Ubisoft organized a celebratory stream honoring the 15th anniversary of Assassin’s Creed. According to Game Informer, during the broadcast, the publisher “announced a new game mode for Assassin’s Creed Valhalla, when to expect the finale to Eivor’s story, a free gaming weekend, and plenty more. It also included a blink-and-you’ll-miss-it tease of when to expect to learn more about the future of the Assassin’s Creed franchise.“

Other big game publishers that announced their attendance at Gamescom this year are Bandai Namco, THQ Nordic and Koch Media. The final list of participants has yet to be revealed.

Gamescom 2022 will take place at the Koelnmesse convention and trade center in Cologne, Germany.