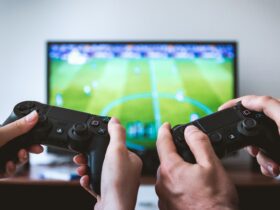 FIFA 22: The Next-Gen Update Won’t Be Cheap At All

The Dragon Ball franchise still has major success even today, although it has a long history of over 30 years. Whether we consider the very first Dragon Ball series when Goku was just a boy, Dragon Ball Z, Dragon Ball GT, or Dragon Ball Super, the franchise has brought ‘to life’ many powerful and unique villains.

In the tier list that we’ve prepared for you, we’re ruling out non-canon animes and most of the movies. Also, we won’t take into consideration those villains who became good guys later on. And boy, oh boy, Dragon Ball has plenty of them! Even Frieza was showing signs that he could become one! Otherwise, there are a lot of interesting villains to choose from, and please don’t ask the Eternal Dragon to do anything bad to us if you don’t agree with our tier list of the best Dragon Ball villains!

Frieza is by far the best villain in Dragon Ball history. He’s the one who exterminated almost the entire Saiyan race, tried to destroy the Earth, and gave Goku the battle of his life back in DBZ. That was the longest fight in Dragon Ball history and also the battle when Goku became a Super Saiyan for the very first time. Later on, Frieza was brought back to life several times in Dragon Ball Super, and he even gave the Z warriors a huge helping hand in the Tournament of Power to save the entire Universe. But there’s no use becoming too emotional just yet, as Frieza did it only for his own selfish goal of being fully restored to life. He made that bargain with none other than Goku.

As for Majin Buu, he was the strongest villain in Dragon Ball Z. He was a totally evil and remorseless monster who had the unique ability to regenerate himself after pretty much any attack a fighter threw at him. Also, his power level was insanely high and apparently without any possible limit.

Raditz makes it to the A-Tier because his impact in the series was huge, although he only appeared for a few episodes at the beginning of Dragon Ball Z. He was the very first villain of the anime and also Goku’s evil brother. Raditz’s entrance was epic. Featuring a rock star-like look with very long hair, the evil Saiyan kidnapped Gohan only to blackmail his father, Goku. Raditz immediately put Goku down with a single blow. The beloved Saiyan had to team up with Piccolo, meaning his sworn enemy at that time, in order to have a chance at defeating Raditz and bringing back his kidnapped son, Gohan. That’s how powerful Raditz was at that time compared to Goku.

Dr. Gero also deserves to be on this list for being the mad scientist who created evil and powerful androids that are able to overpower the Z warriors. To be even more badass, Dr. Gero made himself an android with superpowers.  How cool is that?

Zamasu is the first Dragon Ball Super character in our tier list, and we think he truly deserves it. He was a deity who became mad at humans, saying that they were evil creatures. Zamasu was so evil that he stole Goku’s body from another timeline and terrorized the Earth for a long time. He even became one with the Universe itself after he almost got defeated by Goku and Vegeta.

Mercenary Tao appeared for the first time back in the old days of the Dragon Ball anime. He immediately had to face Goku, who, even though he was just a child at that point, gave Tao the battle of his life.

Captain Ginyu was the leader of the Ginyu Force, meaning Frieza’s most elitist fighting squad. The character was the strongest of the team, and he possessed the unique ability to switch bodies with an opponent. Captain Ginyu gave Goku a lot of headaches while the two fought on Namek in Dragon Ball Z.

Broly became canon along with the release of the ‘Dragon Ball Super: Broly’ movie back in 2018. Perhaps you’re wondering what’s he doing in the D-Tier when he’s easily one of the strongest characters in the entire franchise. We believe that Broly’s introduction in the movie didn’t have such a solid background nor a solid motivation to attack Goku and Vegeta. He mainly just wanted to attack the Saiyan Prince in order to have his revenge against Vegeta’s father. Attacking the son for the mistake of one of his parents isn’t exactly the best motivation possible when we’re talking about Dragon Ball.

However, some of the fights from the 2018 movie were truly amazing, and the graphics were also on top for the most part of the show.

Android 19 was one of Dr. Gero’s creations back in the Cell Saga of Dragon Ball Z, and he almost killed Goku due to the beloved Saiyan suffering from the heart virus. However, his chubby appearance and short performance made Android 19 not reaching a higher position in our tier list. Otherwise, he has shown great potential to play a much bigger role in the show.

Zarbon was Frieza’s main henchman back in the Frieza Saga of Dragon Ball Z. During a fierce fight against Vegeta, Zarbon has proven to possess some decent fighting power.