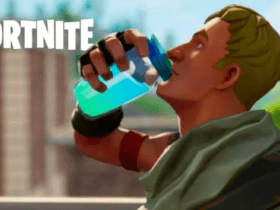 Fortnite Overshields: How to Use the New Feature in Season 2

Two sleek Gears of War skins, including Marcus Fenix and Kait Diaz, are now available in Fortnite, and we couldn’t be more excited!

Fortnite Chapter 3 has aired just a few days ago, but it already succeeded in adding some of the coolest stuff we’ve ever seen. From A-list collabs, a much-awaited crossover to a new map, Epic Games is known for its pretty bizarre mix.

Curious how to get the Gears of War skins and cosmetics?

Gears of War Skins and Other Cosmetics: Release Date and Price

The Gears of War skins, Marcus and Kait, are now available to buy in the Fortnite Item Shop for about 1,500 V-Bucks.

Check out all the cosmetics featured in the Gears of War crossover:

The Emote, Glider, and the Pickaxes can be bought individually in the Item Shop. You can also purchase them together as part of the Emergence Gear Bundle.

Unfortunately, there aren’t any other ways to get the Gears of War cosmetics. Similar to most huge crossovers we’ve got in Fortnite, the new stuff is available only in the Fortnite Item Shop.

However, you can get Marcus and Kait in a bundle, which is great considering the reduced price. You’ll also receive a bonus Spray!

The reward comes as a fantastic homage to his Xbox history. How great is that?

Also, completing a brand-new set of Delta-One Quests by December 17 might allow you to unlock a free Crimson Omen Spray. Check out the Quests Page from the lobby for more details.