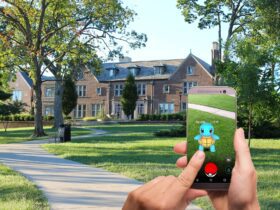 Bot messages on controversial themes like Brexit, immigration, and climate change have considerably less effect on users’ opinions than messages from celebrities and influencers, according to experts. According to their results, tweets published by those having more than 10,000 followers had the most effect on other users’ thoughts.

Social media bots—automated systems meant to imitate human behavior—have been implicated in the dissemination of disinformation and harmful material, according to a previous study. However, few studies have looked at whether bot-shared posts have any significant influence on other users’ viewpoints.

Researchers from Edinburgh examined how bots influence people’s opinions on seven sensitive themes in a new study. The researchers studied direct and indirect connections with more than 19 million other users, including bots, using material from more than 4,000 Twitter users who expressed their opinions on each issue. The impact of bots on behaviors that alter users’ opinions—such as likes, retweets, and comments on posts—was contrasted to the impact of other types of accounts, such as those owned by influencers and celebrities.

Bots were discovered to have a very limited relationship with people’s opinions on various issues. They accounted for fewer than 10% of the profiles that had a direct or indirect effect on users’ attitudes on average. People with 10,000 or more followers, on the other hand, made up more than half of the accounts influencing users’ opinions. When people’s opinions were swayed by unfavorable remarks on social media from influencers, this number jumped to more than 70%.

Millions of individuals use social media as their primary news provider, which means that what they see there may have a significant impact on their beliefs. According to the research, concerns about bots propagating damaging information on social media may be exaggerated. Influencers and celebrities, not bots, have the most effect on public opinion, according to the research. This is true for a variety of themes, including current worries about bots spreading COVID-19 conspiracy theories and anti-vaccine sentiments, explains Dr. Walid Magdy.

The study was published in the journal Social Network Analysis and Mining.