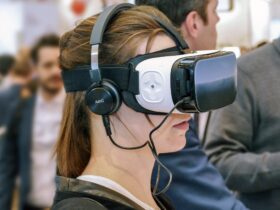 Maxis, the company that developed The Sims, announced during the Behind the Sims Summit live webcast that they are now working on The Sims 5 under the working title of Project Rene. This is likely to be the new direction that the series takes in the future, and it will recreate The Sims as you know and love it, but with new gameplay options.

Lyndsay Pearson, Vice President of Franchise Creative for The Sims, reveals that it will be based on a base of charming Sims, sophisticated tools, and significant tales. This is how it will be constructed.

The announcement that The Sims 4’s base game is now free to play came shortly after the revelation that The Sims Project Rene would be released, which was a clear hint that Electronic Arts and Maxis were planning for what’s next for the series. Fans were divided on how they felt about the choice, but it did offer them optimism that this was the start of the planning process for The Sims 5.

For the past 22 years, The Sims™ has been an incredible platform of creativity for generations of players that expands opportunities for player experimentation, self-discovery and imaginative expression.

While we are proud of the impact the game has had on people around the world, we are constantly challenging ourselves to find new ways for players to explore life without boundaries. We are all-in on The Sims, and will continue to build innovative, creative play and meaningful stories for the future.

Now that it has been officially confirmed, The Sims 5 will be released under the codename Project Rene. We’ve been given an early glimpse at some of what to anticipate in the upcoming Sims game as well as creative platform, which will be the next generation of the Sims game and will not be launched for a few more years.