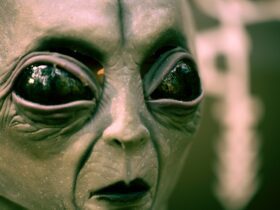 Traces of Aliens? Chinese Astronomers Believe They Found Them

As a leak revealed the long-anticipated arrival of a werewolf life state to The Sims 4, the game’s fans were overjoyed.

After its website mistakenly exposed the upcoming Game Pack, The Sims Community verified the leak by uploading photographs acquired from The Sims Germany. The Sims 4: Werewolves, a new expansion pack, finally brings back a life condition that had been available in the game’s previous three editions but had been missing since The Sims 4 launched in 2014. The pack also contains new hairstyles and a new environment named Moonwood Mill. See the whole cover here.

The werewolf/Sim couple in the center looks to be one and the same character, based on certain characteristics in the picture, such as the identical jewelry on both. In addition to their new hairstyles, the Sims featured on the cover of the Game Pack wear scars on their legs that appear to complement the general concept of the Game Pack. Moonwood Mill made its initial appearance on the main menu of The Sims 4, which may have been due to a leak or just as part of the game’s promotion.

At the beginning of May, The Sims 4’s “Lights Out” summer updates included the werewolf Game Pack and two new kits. As a result, a number of Sims 4 players voiced their dissatisfaction with the game’s more recent downloadable content (DLC), complaining that it had shrunk in scope and ceased to provide anything new. As soon as the teaser trailer’s obvious themes were pointed out to others, many immediately speculated on whether or not The Sims 4 will finally have werewolves.

Despite the leak confirming The Sims 4: Werewolves Game Pack, no official announcement has been made about the DLC. Fans will have to wait until June 2 at 8 a.m. PT to see the official trailer. It remains to see when the update will be released.