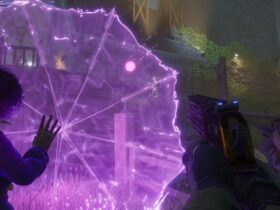 Redfall is Coming to Microsoft’s Xbox Game Pass This Year

Who doesn’t like survival horror games where you have to do your best to make it through the harsh conditions of life’s dark side? ‘Abandoned’ proposes just that, a grim scenario where the protagonist finds himself suddenly away from home, with no friends and not much of a survival kit.

Whether we like it or not, the dedicated reveal app for the ‘Abandoned’ game was delayed to August. The announcement was made by the developed Blue Box Game Studios itself.

The first trailer arrives in August

The last few weeks were very stressful to us,

The team is very tired. We were hoping to release the app today, and I know that a lot of you have been looking forward to it, so thank you very much for that. I really appreciate that. However, I’ve decided to delay the app until August. That’s when the first trailer will also be released. We just wanted to give you a solid first impression of the game. Right now, the app isn’t quite there yet. We just want to have it meet our own expectations first. There are also last-minute bugs we had to deal with, the localization isn’t fully completed yet. So yeah, I hope you understand, I’m sorry for this, and thank you for your support.

‘Abandoned’ falls into the category of cinematic horror survival shooters that emulate realistic survival processes in a first-person perspective. In other words, it has the potential to scare the gaming out of you! The protagonist of the game is also surrounded by a massive and detailed open world environment.

The ‘Abandoned’ game puts the player through some of the most extreme situations possible. His character will have to survive a living hell, and the game will most likely gather a lot of fans!