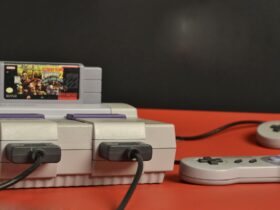 How to play SNES Games on Windows PC – Top Emulators

All of the new Apple Watch models are uninspiring with the exception of the Apple Watch Ultra. The Series 8 Apple Watch only differs from the Series 7 in that it has a built-in temperature sensor and Crash Detection. Those anticipating a more substantial improvement to the Apple Watch may be disappointed to learn that the 2023 versions will be quite unremarkable. According to a memo from investor Jeff Pu seen by 9to5Mac, Pu predicts a decline in 2023 sales of the Apple Watch owing to a lack of new features.

Waiting for the release of the next Apple Watch might pay off for those who are patient. According to the expert, Apple is more likely to use a Micro LED display in place of OLED in the Apple Watch Ultra for 2024. In case you haven’t heard of it before, Micro LED is an option to OLED that can reach even brighter levels with greater color fidelity.

Micro LED screens have been speculated to make their way into future Apple devices. But the cost of this technology is still much higher than that of OLED and Mini LED. With this in mind, the Apple Watch is a natural candidate to debut this kind of display. Actually, Apple Watch was the company’s first product to include an OLED screen.

However, the analyst has heard from insiders knowledgeable with the topic that the 2024 Apple Watch Ultra would feature a bigger 2.1-inch display, up from the present model’s 1.93-inch display. Apple could just make the watch face smaller rather than expanding the case, if this is the case.