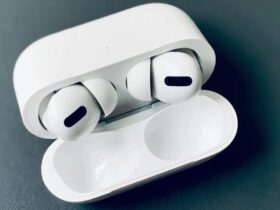 ViewSonic’s new VG56V Series of monitors provide a fresh take on enterprise-grade video conferencing thanks to built-in pop-up cameras. The original equipment manufacturer claims that the new “docking” webcams make users feel safer and more confident in online meetings. While pop-up cameras have fallen out of favor on Android phones, ViewSonic insists they serve a useful, if not revolutionary, purpose in tablets and other devices with bigger displays. This is why the California-based business has released the first-ever “webcam docking” monitors, the VG56V Series.

ViewSonic has improved upon previous instances of pop-up cameras by adding their own fill-light LEDs on each side of the sensor. The whole docking camera can be turned 5 degrees in any direction, and the color temperature may be changed as well. Better lighting and an optimal shooting position are problems that affect more than just vloggers, and the VG56V Series helps address them. In addition, the monitors include built-in twin speakers and two-way microphones with an advanced audio focus feature that filters out extraneous sounds on both ends of a video call.

In addition, ViewSonic claims that the VG56V Series may provide a more secure kind of camera since users can retract the webcam at will from the body of the display. The current lineup comprises of the VG2456V and the more advanced VG2756V-2K, both of which have Full HD (2MP) displays and 2K (5MP) docked cameras.

Besides the benefits unique to the ViewSonic VG series, both of these models share the series’ standard features, such as a sturdy, ergonomically designed carry handle and a 100×100 VESA mount that allows for height, pivot, tilt, and swivel adjustments. Although the HDMI is version 1.4 and the DisplayPort is input-only, they both allow a wide variety of connectors for comprehensive connection. These ports include 1 90W type-C port and an RJ-45 socket for gigabit Ethernet. ViewSonic is presently selling the VG246V for US$358.99 and the VG2756V-2K for US$480.99 on their US online shop. But the latter is now available on Amazon for a discounted price of US$459.99.