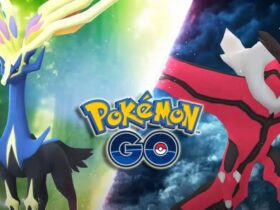 Microsoft has recently made it public that it will be hosting a Surface-related event on September 22, and it is believed that it will unveil the rumored Surface Pro 8 and Surface Duo 2.

Since last year we only got a minor facelift in the form of the Surface Pro 7 Plus, we hope that the company has shifted up its pace and prepared to introduce the Surface Pro 8.

As Microsoft’s hybrid device received very positive reviews in the past, its design is maybe getting a little dated, which is why users are hoping for a refresh in the series, along with new hardware and features.

Let’s see what kind of improvements the users are hoping to see in the new Surface Pro 8.

Though many people with the Surface Pro 8 had thinner screen bezels (and a larger display, in return, like 13 inches).

Additionally, users would like the technology of the display to receive an update. The current-gen Surface Pro’s PixelSense works wonders, but it tends to overdo certain things a tad. Also, some extra brightness would be welcome.

Plus, users feel the need for a higher refresh rate and higher touch-sampling rate to improve the responsiveness of the display when it’s used in tablet mode.

One of the most common requests from users is a redesign of the Surface devices. Though the design saw some improvements since the first model was launched in 2013, the design felt mostly stagnant, with very little changes throughout the years.

There is so much that the company can be done with the tablet’s look, like scaling down the bezels. Many people are fed up with the chunky screen layout.

Also, some complaints about the Surface Pro’s flat edges were manifested. It’s almost a no-brainer to make the edges rounded, as on the Surface Pro X, combined with some sort of custom storage drawer for the Surface Pen.

Another complaint about the existing Surface is the (lack of) connectivity – Users wish they had an extra USB-C port or a full-size SD card reader hidden somewhere within the kickstand.

Most users hate that Microsoft still sells the device in a version with 4GB of RAM, which simply isn’t enough for browsing sessions or work. The option to upgrade RAM manually would also be a welcome addition.

Some fans of the device are also hoping to see AMD mobile Ryzen CPUs brought to Surface.

To put it simply, many users are not happy with the sound quality of the recent Surface Pros, which don’t sound bad but are by no means a rival to the likes of the flagship tablets of this year.

The Surface Pro’s Type Cover has been the subject of many debates for a while now. It offers a pleasant typing experience, but there is some room for improvement.

Some extra key travel would be nice, paired with a larger trackpad that would be easier to use.

Some fans reported that they’d enjoy some higher-quality backlight and a change in materials for a more comfortable and premium experience.