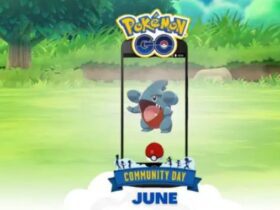 Some Pokemon fans who were looking forward to playing Pokemon Scarlet and Violet on Nintendo Switch, Nintendo Switch Lite, and Nintendo Switch OLED are now dissatisfied due to a recent leak of information on the games. Over the last several weeks, there has been a torrent of leaked information concerning Pokemon Scarlet and Violet on the internet. Players are getting pumped up for the pair of games thanks to a number of these leaks, but the most recent one has actually left some fans perplexed and frustrated. The aforementioned leak concerns the leveling system as well as the gyms in the game.

Centro Leaks has informed its followers on Twitter that it has been reiterated that there is no level scaling for gyms and that they may be completed in any sequence. In other words, each gym has Pokemon of a predetermined level, and you are free to choose the sequence in which you challenge these gyms. This indicates that you may, in theory, tackle the “ninth” gym first, and then go on to the “first” gym as your last challenge. It is not apparent why you’re doing it, but the game gives players the option to deviate from the route they are encouraged to take at several points during the experience.

"Reaffirmed the gyms don't have level scaling, but can be done in any order". How? What's the point if they said we could fight in gyms again? With this logic, the only gym that we will repeat will be the one with the highest level.

There is no explanation given in the leak as to why Game Freak has chosen to proceed in this manner. It is also important to note that this is a leak, which means that the material presented here is not official in any way. In addition, even if everything is correct, it may be out of date since the “leaked” form of the game that has generated so many leaks is really an early version of the game, so implies that none of it is final.

Scarlet and Violet versions of Pokemon are scheduled to be released on November 18. When they do become available, each will have a price tag of $60, and they will only be accessible via the Switch platform.