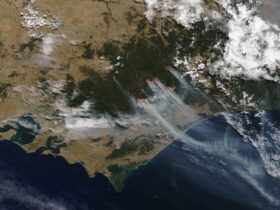 If you’re one of the numerous Dragon Ball fans out there, surely you’ve heard that a brand new related movie is coming out this year. Known as “Dragon Ball Super: Super Hero,” the new film has its premiere set on June 11 for Japan.

If you’re also waiting to see Goku and Vegeta as they’re teaching some manners to bad guys once again, you must know that the two Saiyans will be left aside a little for the upcoming movie. They’ll surely provide their contribution in one way or another, but the stage will be mostly set for Gohan and Piccolo to show what they’re made of.

A new image of the beloved Namekian was taken during the dubbing of the show, and we must say that it looks pretty neat:

Piccolo looks younger than before, although we’re not sure if the animators did it on purpose or not. It could be nothing else than a little animation shortcoming.

But if Piccolo did indeed find some secret to rejuvenation, it could mean that he had a similar purpose as his father, King Piccolo. The latter asked the Eternal Dragon to become young again so that he would become much stronger.

What’s for sure is that Piccolo will have a new technique in the new movie, one that he’ll be using to try to take down the new androids created by the Red Ribbon Army. Gohan will likely be the main star of the show this time, and that’s a moment that many Dragon Ball fans had been waiting for!

In the end, only time will tell for sure what the writers have in store for Piccolo for the Dragon Ball Super: Super Hero movie. And time is on our side, as there are only 20 days left until the premiere of the show.