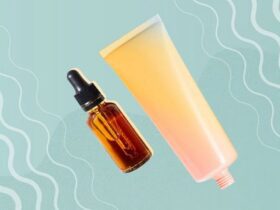 Moisturizer vs Hydrator – Do You Know the Difference?

An abundance of honors has been bestowed upon American author Patrick Rothfuss for his contributions to the fantasy genre. The third installment in this trilogy, The Doors of Stone, has been anxiously awaited for ten years following the publication of its predecessor. This time another author dropped a massive hint regarding the book.

Is the book complete?

Popular fantasy writer Mercedes Lackey answered questions from fans earlier this month on the Q&A website Quora. She revealed a crucial plot point when chatting about Patrick Rothfuss’s future book in the trilogy:

Speaking as someone who shares a publisher, I can confidently tell you it is at the editor and has a release date.

Both Lackey and Rothfuss’s books are published by DAW Books, and both writers share the same editor (Betsy Wollheim), however, Wollheim had nothing to do with the production of this particular book.

Sadly, it has been since determined that Lackey was not referring to The Doors of Stone. In response to readers’ requests for more information, Lackey pointed them in the direction of Rothfuss’s novella The Slow Regard of Silent Things, which was published in 2014 and followed Auri as she explores the Underthing, the mysterious realm beneath the enchanted university where Kvothe is a student.

Patrick expressed frustration with the pacing of The Doors of Stone in a recent interview. That means he has a long way to go before he can call the book complete.

In December 2021, Patrick surprised his readers by releasing the prologue of his much-anticipated book. In January, Rothfuss told readers that by the end of February, they would be able to listen to the next installment of The Doors of Stone. Since it is already August, it is safe to assume that this target date was missed. This is a bit trickier than just delaying the book’s publication date, as this is a real stretch goal that many people contributed to but was ultimately not achieved. Readers were promised a whole chapter of the third book once the author’s popularity increased, but nothing new or significant has occurred in this regard in recent months.