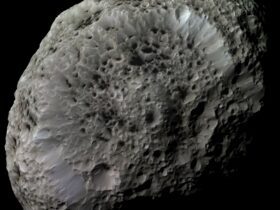 A new study has recently shown that pieces of evidence of ancient life are present on Mars.

The curiosity rover has made an interesting discovery while it was looking at a sedimentary rock rich in clay. It was found near its landing site, which is Gale Crater, a lake made when an asteroid hit the planet.

Clay is a very good sign of life since it is made when rocky minerals rot after they get in contact with water. And water is a must for life, and it can store plenty of microbial fossils.

However, Curiosity took two samples from the clay, and researchers found out that one of the parts had only half of the amount of clay minerals that they expected. It had more iron oxides — which is what gives the red planet its colour.

This disappearance is probably due to the supersalty water which got into the clay and destabilized it. It almost left it completely clean.

The lead author of the study, Tom Bristow, stated that “We used to think that once these layers of clay minerals formed at the bottom of the lake in Gale Crater, they stayed that way, preserving the moment in time they formed for billions of years. But later brines broke down these clay minerals in some places — essentially resetting the rock record.”

Curiosity then continued its analysis by drilling into the layers of the rocks, before using its powerful chemistry instruments in order to investigate what he has found.

These are great placed to look for proof of ancient life. Even if the signs of life from the original lake are now gone, the entire chemical process called diagenesis could create gradients that are necessary in order to support subsurface life.