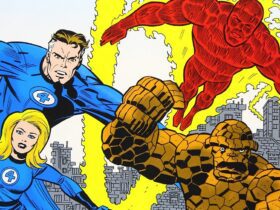 Fantastic Four Is Officially Being Released In November 2024 – Who Is Directing It?

Corpse Keeper is a horror-survival game developed by an indie studio. Players take on the role of a mortician in a small, rural town where strange and mysterious events have begun to occur. The game is set in a creepy and atmospheric environment, with a heavy emphasis on exploration and puzzle-solving.

As the mortician, players must navigate the town’s graveyard, morgue, and funeral home, uncovering clues and solving puzzles to unravel the mystery behind the strange occurrences. Along the way, players must also contend with terrifying enemies, including ghouls, spirits, and other supernatural beings.

The game features a unique and gruesome art style, with detailed and realistic representations of corpses and other mortuary equipment.

‘Corpse Keeper’ is coming to Steam on February 15

Corpse Keeper is coming through Early Access as a PC version in mid-February, as TGG reveals. That means that gamers still have plenty of time to prepare for the despicable horrors of the game!

Players will also have to manage their resources, as they must scavenge for supplies, such as fuel for their tools, medical supplies to heal wounds, and items to repair equipment. The game also features a day-night cycle, with the player being more vulnerable at night.

Corpse Keeper is a challenging and atmospheric game that will test players’ nerves and their ability to survive in a world overrun by the undead.

Apart from the upcoming compatibility with Windows PCs, the game is available for a variety of different platforms, including the latest generation of consoles, such as the PlayStation 5 and the Xbox Series X and Series S, as well as the previous generation of consoles, like the PlayStation 4 and Xbox One. This wide range of platform availability allows players to enjoy the game on the device of their choice, whether they prefer to play on a powerful gaming console or a high-performance PC.