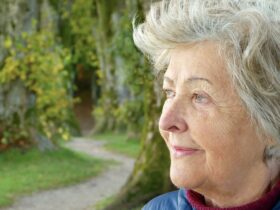 How To Keep Dementia At Bay: Eat More Of This

Samsung is releasing the Galaxy S23 lineup in less than two weeks, which means that rumors keep surface online about the specs and prices. While many are expecting to see the product priced at some astronomical amounts of money, a new unofficial leak brings some relatively good news.

No, the Samsung Galaxy S23 won’t be as cheap as chips, that’s for sure. We’re still talking about a flagship. But at the same time, it’s nice to find out that the prices for all four S23 models won’t be higher than experts expect.

Thanks to a new post via Reddit, we can learn about how much the forthcoming Samsung Galaxy S23 will cost. The cheapest model of the Galaxy S23 lineup will cost $799, which is a fair start. That’s the standard model. If you are aiming for the ‘Plus’ variant, you’ll have to pay 200 bucks more. Ultimately, the ‘Ultra’ model costs the most, as the price will likely be $1,199.

Yesterday, we even got our hands on the full list of specs for the Samsung Galaxy S23 Ultra model, meaning the best one of the upcoming series. It seems that the device will run on the latest Snapdragon 8 Gen 2 processor.

As for other important specs for the ‘Ultra’ variant, we must keep in mind that the device will feature a 6.8″ 2X Dynamic AMOLED display. Gorilla Glass Victus 2 will offer plenty of protection. The camera consists of a 200MP sensor and improved processing, which means that users will take photos at the next level of detail.

Surely we can’t have full trust in the source when it comes to the prices of the Samsung Galaxy S23 series, but still, it represents a good place to start. After all, we’ll get rid of all doubts on February 1, when Samsung will officially unveil the Galaxy S23 flagship lineup.