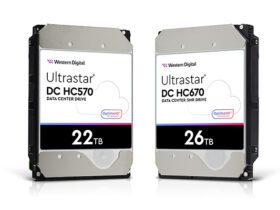 An Apple Watch-like wearable gadget, according to recent research, may not be the ideal choice for those who want to monitor their body’s rate of energy expenditure after exercise. Inaccuracies in wearable devices, from basic step tracking to indicators as vital as heart rate, have been revealed in several medical studies. In addition to general accuracy, the PPG waveform when monitoring heart activity is known to be affected by variables such as skin color.

Researchers at Florida International University’s Department of Biomedical Engineering discovered that wearable devices like Apple and Fitbit are known to fail when recording biomarker data for persons with obesity or darker skin tones, due in no little part to a lack of signal strength. In addition, the accuracy of onboard sensors degrades precipitously as the price of a wearable device drops.

The European Journal of Sport Science released research comparing the energy monitoring capabilities of the Apple Watch Series 6, the Fitbit Sense, as well as the very first Polar Vantage V.. A score of 0.995 was considered good, while deviance of 0.45 was deemed unrealistic. 0.995 Based on the standard error estimate, the Apple Watch Series 6 was labeled impracticable, and depending on the rate of variation, it was labeled inaccurate.

Wearable devices were tested using a percentage of accuracy compared to medical-grade equipment, as well as the fluctuation in findings, as a criterion for assessing them. With its poor track record in estimating energy expenditure while walking, jogging, strength training, and cycling, the Apple Watch Series 6 was given the dreaded ‘poor accuracy’ designation once again. They also showed low energy expenditure measurement accuracy, like the Fitbit Sense.

According to a press release announcing the study’s findings, the study was conducted with 30 men and 30 women, all between the ages of 22 to 27 and with a BMI of 23.1 on average. Given that Apple Watch Series 6 is used by millions of individuals throughout the world, it’s a fairly narrow demographic to use to evaluate the reliability of the wristwatch.