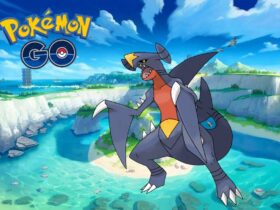 Priced at a bit over $100, the Galaxy A04s model is one of the cheapest smartphones built by Samsung. The phone was launched back in September, and it could be considered an entry-level device despite having some midrange elements.

Samsung is currently in the process of releasing the Android 13 update for its phones. This update is being made available for a variety of Samsung models, including the Galaxy A04s. If you own a Galaxy A04s, you can expect to receive this update in the near future. SamMobile brings the details about the update. It is notable that Samsung is providing updates for a range of its phone models, from entry-level to high-end devices.

Watch out for firmware version A047MUBU1BVK5

The firmware version of the update in question is A047MUBU1BVK5. The update that is being released also includes the November 2022 security patch, in addition to One UI Core 5.0.

To update your phone to Android 13, you can go to the Software update section in your phone’s Settings and select Download and install. Alternatively, you can manually install the update by downloading the new firmware file from a firmware database and using Samsung’s Odin software for flashing it onto your phone.

Android 13 is introducing a new design aesthetic called Material You, which allows users to customize their non-Google apps to match the wallpaper of their phone. This means that the home screen can be visually cohesive or a colorful mishmash, depending on the user’s personal style. In addition to this feature, Android 13 also allows users to assign specific languages to individual apps. This means that users can keep their phone’s system in one language while using apps in a different language, just like a multilingual parrot. The media player in Android 13 is also receiving an update, changing its appearance based on the type of media being played. When listening to music, the media player will highlight the album artwork and even include a playback bar that moves to the beat of the music. This feature even works for media played through Chrome, so users can enjoy a visually dynamic media experience while browsing the web.

There aren’t many features of the Samsung Galaxy A04s that make the phone stand out, but the battery clearly deserves some attention. That’s because the phone comes equipped with a 5,000mAh battery. Such a battery is considered to be a fairly large one for a smartphone. In general, the larger the battery, the longer the phone should be able to run on a single charge. However, the actual battery life of a smartphone is not solely determined by the size of the battery and can also be influenced by other factors such as the phone’s screen size, processor, and operating system.

In general, a 5,000mAh battery should be able to provide a full day of use for most smartphone users, depending on their usage habits.

The Samsung Galaxy A04s is a smartphone that is equipped with 3 or 4GB of RAM, depending on the model. The phone is powered by the Exynos 850 processor, which provides good performance for an entry-level device. The Galaxy A04s is available with 32GB, 64GB, or 128GB of internal storage, and it also has a microSDXC slot for expandable storage.

The Galaxy A04s has a large 6.5-inch display with a PLS LCD panel and a refresh rate of 90Hz. The display has a peak brightness of 400 nits, which makes it easy to view in a variety of lighting conditions. The display also has good color accuracy and wide viewing angles, making it suitable for watching videos and playing games.

Overall, the Samsung Galaxy A04s is a solid entry-level smartphone with good specs for the price. It has a large, high-refresh-rate display, ample storage, and a processor that provides good performance. It is a good choice for those who are looking for a phone that can handle a variety of tasks without breaking the bank.