Tekken 7 is a game where you can’t simply keep mashing the buttons on your controller and hope for the best, as you have to practice your moves to become better in the complex arcade fighting game.

Tekken is one of the most iconic fighting games of all time, and it is challenging to master even for the best players.

The game’s characters and their fight styles make the experience very complex, even though the game looks very simple and easy to get into at first.

Tekken used to be a console-only franchise until 2017 when Bandai Namco launched it for PC too.

Tekken captured a large player base with its games, but once you dial up the game’s difficulty or play against an advanced rival, the game’s pace changes significantly.

The base controls of the game are simple:

Let’s see what you have to do to make sure that you stand a chance against any opponent!

Before you attack an opponent, learning how to block is essential.

Attacks are split into three classes – highs, lows, and mids.

High and mid attacks can be blocked while standing and pressing the down button on the D-pad to block low attacks.

However, don’t overdo blocking, as too much crouching won’t help you because most Tekken attacks are mid attacks.

Opponents can quickly launch enemies into the air and inflict severe damage if you crouch too much.

Breaking throw is another skill you have to learn. In Tekken 7, you can simply do that by pressing 1 or 2 (right punch and left punch) buttons. 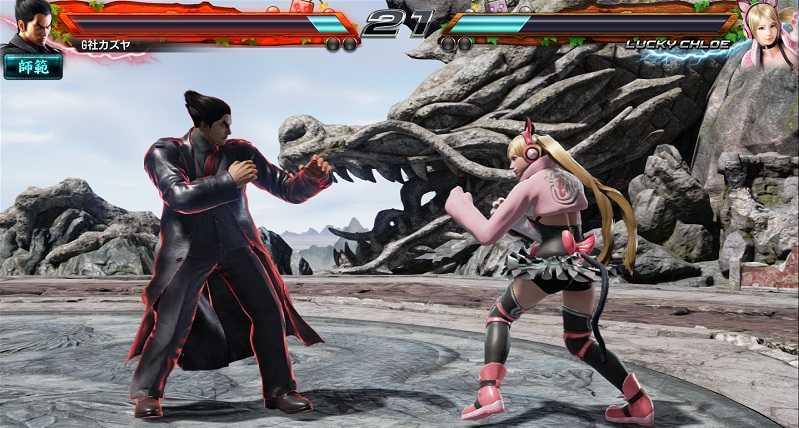 This is one of the most important aspects you have to learn.

To master that skill, you have to open practice mode, open the move list of the character you picked, and start learning the moves.

It’s challenging to learn all moves, but you should at least memorize the fundamental moves that are specific to each character.

That will also help you parry the attacks when you play against a specific character.

You can also learn and identify punishable moves – When your opponent misses a combo and has a dead time, you have to act fast and attack them.

Movement in Tekken is what keeps you alive.

You can dash, back dash, wave dash and even sidestep.

Dodging an incoming attack saves you from taking damage or at least decreases the level of damage you take.

Still, some attacks can’t be parried or dodged, mainly those that imply movement tracking.

When your character’s health is under 20% in a fight, the health meter begins glowing.

At that point, you can perform a rage attack, which is unique for all characters, similarly to Mortal Kombat’s super move, when the power levels reach a set threshold.

If your opponent manages to counter your rage attack, you are pretty much finished. Still, the chances are that you will be able to attack them most of the time and deal significant damage, potentially gaining the upper hand in a fight.

The fighting ring can be your best ally or your enemy. It heavily depends on you, as in Tekken 7, you can find weak walls and floors in stages that can help you improve your combos and deal more damage.

When near walls, combos modify and are often amplified.

We previously talked about the Tekken 7 best characters tier list, you can take a look to adjust your strategy.