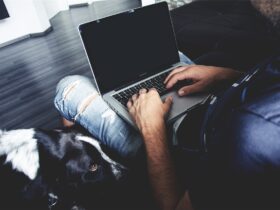 Apple Will Demand COVID Vaccine Boosters for Its Employees

Street Fighter 6 is supposed to come out at some point in 2023, completing the iconic series that has become synonymous with fighting games. We have known about the upcoming game since early this year, but not many details were available at that point.

Jamie, Luke, Chun Li, Ryu, and more – those characters are once again up for some devastating battles in Street Fighter 6. Judging by the trailer, the fighting looks tense, the effects are as convincing as possible, and the energy waves complete the picture in great style! Since the predecessor Street Fighter 5 is already six years old, it was only a matter of time until a brand new game in the series will be launched.

Street Fighter 6, the next game in the iconic series, will release in 2023! Take part in the Fighting Ground, which focuses on the classic fighting game experience with modes from previous games in the series. Two new modes will be available alongside: World Tour, an immersive single-player story experience, and Battle Hub, which will further expand the scope of player communication and engagement. Your Moment. Your Fight. Stay tuned for more information!

It’s great to see that the upcoming Street Fighter game is generous in both the platform area and the gameplay itself!