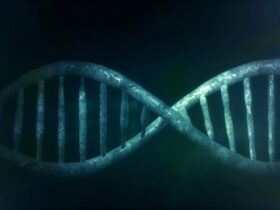 Supported Pixel smartphones have recently received Google’s next beta version, Android 13 QPR2. The version features a handful of changes behind the scenes, although the changelog just cites a couple of bug fixes. For instance, Unicode 15 emoji are now supported in Android 13 QPR2 Beta 2. In addition, it has code modifications that hint to future functionality for automatically styled icons in the Pixel Launcher from Google. That’s not all, however. With this version, a new system attribute is introduced, which bodes well for the eventual addition of eSIM functionality to Android.

Transferring an eSIM profile from one Android device to another is not yet possible. The eSIM profile must be deactivated on the previous device and enabled on the new one. There are some hiccups in the process, and you may need to get in touch with your carrier in order to have the eSIM activated on your new phone. Quick Transfer is a built-in function of iOS that allows you to move your physical or eSIM from your old iPhone to your new one without having to get in touch with your carrier. Reportedly, Google has been mulling about how to implement this iOS feature in Android.

You might soon be able to transfer an eSIM profile from an old Android phone to a new phone, or convert a profile on a physical SIM card into an eSIM profile. Support for transferring profiles is being implemented in Google's SIM Manager app the LPA on Pixel and many GMS devices.

Mishaal Rahman claims that a new system property named “euicc.seamless transfer enabled in non qs” is present in Android 13 QPR2 Beta 2 and provides a clue to the forthcoming functionality. This new capability will enable eSIM profiles to be easily moved from one Android device to another. Users may also be able to transfer the information from a physical SIM card to an electronic SIM profile.

Rahman goes on to say that the SIM Manager software for Pixel phones and other devices that come preloaded with Google Mobile Services will soon have the functionality implemented. However, at this time we lack full information on compatibility. It’s expected that Google’s Pixel range will allow for the transfer of eSIM profiles and the transformation of a physical SIM card into an eSIM profile. Even while eSIM profile transfers will be available on devices from different original equipment manufacturers, only a select handful may be able to convert a physical SIM to an eSIM profile.