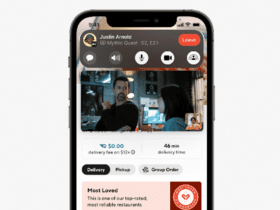 iOS 15 – How To Share Your Screen In A FaceTime Call

When it originally came out, YouTube TV’s prices for its extensive channel lineup were unprecedented. Nonetheless, the cost would gradually increase over time. It’s not as inexpensive as it once was, but at $64.99 a month, it’s still reasonably priced. It has just come to light that certain existing users are being offered the chance to upgrade to the 4K Plus subscription for the low, low price of $4.99 per month. Considering the 4K Plus add-on usually costs $19.99, this is a fantastic bargain.

Comments on the YouTube TV subreddit indicate that certain users have been given discounted pricing on the 4K Plus upgrade. Price points are said to range from $9.99 to $4.99 per month; however, some users are not experiencing the discount at all. It seems the offer is valid for 24 months, after which the price would increase to $19.99 each month. If you’ve already put in a lot of time and money into YouTube TV, this probably seems like a great bargain.

There seems to be no rhyme or reason for the various promos, although some have suggested checking the membership portal to see whether the special deal is still active. Otherwise, all you can do is keep your fingers crossed that it will eventually occur. It’s remarkable that in 2023, YouTube TV, which offers over 100 channels, does not include 4K broadcasts by default.

In addition, at $19.99 a month, it’s still a pricey extra. That adds out to around $85 per month for service if you choose with the base plan plus the 4K upgrade. However, you may avoid this problem altogether by subscribing to a paid service, some of which may already provide content in 4K resolution. Make sure you have the necessary 4K streaming equipment before increasing your plan simply because you saw a discount.