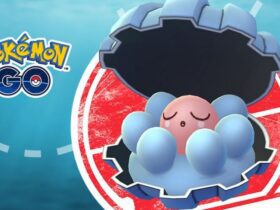 After a long wait, there’s finally some official information and a trailer for Sniper Elite 5. The game is coming out in 2022, meaning roughly five years after the launch of its predecessor. Since Sniper Elite 4 was one hell of a tactical stealth shooter game, we can expect even better from Sniper Elite 5.

But we have to be honest and say that judging by the gameplay trailer that was released today, Sniper Elite 5 gives you more the feeling of a DLC for either Sniper Elite 4 or Sniper Elite V2. Sure, a trailer can’t be conclusive enough, and surprises can indeed occur, but there are too many voices in the gaming world already sharing our first impression: Sniper Elite 5 basically looks just like a pale continuation of one of the predecessors.

The location is set in France

Sniper Elite 4 had Italy as its in-game location, Sniper Elite 3 was based in Africa, and the first two games of the series were exploring the battlefields of Germany. The upcoming Sniper Elite 5 finds Karl Fairburne looking for trouble in France.

We can hear Fairburne’s unmistakable and charming voice, and the sound of the weapons are pretty much the same as in Sniper Elite 4. The different surroundings seem to be the only new aspect in the series, but we sure hope we’re wrong.

We have to say that choosing France is a smart move, considering that in the real world, this country was active enough during the Second World War.

Either way, even if Sniper Elite 5 won’t bring anything new for the gameplay compared with Sniper Elite 4, it still has the potential of delighting a lot of fans of the tactical stealth shooter genre. But when it comes to such a prestigious series like Sniper Elite, it’s obvious that anybody would want even more from it.