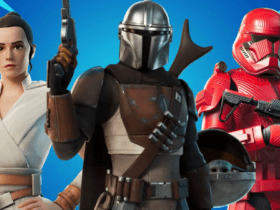 Snapchat is a curious app. It’s one of today’s most-used apps, but it doesn’t rely on the standardized app format – It doesn’t have a classical home page like you would see on Facebook or Instagram.

If you take it out of context, the app sounds a lot like a regular instant messaging app, but there are a few catches.

First and most notably, messages on Snapchat disappear, either after they are opened or after 24 hours, depending on the user’s settings. That made Snapchat the go-to place for some awkward text, curious images, or regular spam. Snapchat also notifies users when the person they are talking to takes a screenshot of the conversation.

Other gimmicks like Bitmoji, snapscore, and others keep millions of users hooked to the service. Plus, some of the filters are really nice.

The app receives occasional updates. It has reached version 11.13.0.29, and the latest patch notes are mysterious as usual, only mentioning “Bug fixes and improvements! ðŸ‘»”

Though the patch notes are minimalist, we can assume that Snapchat’s developers worked hard to improve the app’s overall quality and reliability. Though you may not have experienced any change, some users who had performance problems likely got them solved. Snapchat has to run on millions of devices with various operating system versions, screen sizes, and camera formats. Thankfully, the Snapchat team does a beautiful job at keeping the app up and running.

Some updates add new content like filters or emojis, or new features, but that isn’t the case for the current update. However, that doesn’t mean that you shouldn’t download and install it! Make sure that you get the new update as soon as possible!