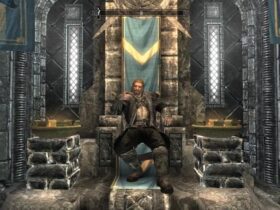 We might be able to live without a lot of things, but we’re not so sure when it comes to messaging apps. And when the almighty WhatsApp is going through a shortage, we have no other choice but to seek alternatives. Luckily enough, the powers of the internet are overwhelming, and they always make us discover new solutions.

Signal and Wire are two of the best alternatives to WhatsApp, and they were both launched in 2014. There are even a lot of people out there who claim that those apps are better than the Meta-owned instant-messaging service. What’s for sure is that both the Signal and Wire apps add a strong emphasis on security.

Both Wire and Signal over encrypted messaging

There are tens of millions of people who use Signal, an app that’s completely free of charge. The app is even relatively new on the market (it was released only eight years ago). Many of those users choose Signal for its strong security. Signal offers end-to-end encryption, meaning that nobody else can read users’ messages.

Even the Signal Protocol jumps into action, which means that the security offered by Signal is indeed reliable. Furthermore, the app’s developers don’t even gather user data in any way.

During a tough period for WhatsApp, Elon Musk recommended people to use Signal. Through a simple post on Twitter by the famous billionaire, Signal’s popularity skyrocketed.

Wire, on the other hand, uses the Proteus protocol for encryption. The Wire app also collects some device information, and it follows European laws and even complies with the General Data Protection Regulation (GDPR). However, the user has the possibility to stop providing device information if that’s what he wants.

There’s not a definitive answer for the “Wire vs. Signal” conundrum. It depends on what the user wants. However, if security is his main priority, he should opt for Signal. But if he’s more inclined towards business, Wire might be the better choice.

Let’s face it: probably nobody would use an instant-messaging app these days without knowing that it offers end-to-end encryption. It’s perfectly reasonable, although there are still a lot of folks who choose to remain skeptical about such a promise from app developers.