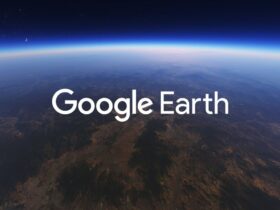 Google Earth Version 9.143.0.2 Can Help You Explore The World Easier

It’s possible that these fantastical creatures of physics have already been observed, as hypothetical bridges connecting disparate regions of space (and time) could look similar to regular old black holes. Nevertheless, there may still be a way to tell them apart, according to a new framework suggested by a tiny group of scientists from Sofia University in Bulgaria.

If you fiddle around with Einstein’s general theory of relativity sufficiently, you can show that the spacetime setting of the Universe can shape not only deep gravitational pits from which nothing escapes, but also inconceivable high mountains which can’t be climbed.

These glowing hills, in contrast to their gloomy relatives, would avoid contact with anything that approached them, possibly belching out particles & radiation that could never be captured or returned. There have been no previous reports of anything similar. However, they are still a fascinating idea for pushing the boundaries of a great physical theory.

In the 1930s, an Einstein associate named Nathan Rosen demonstrated that there was no reason why the steep highs of a white hole couldn’t link up to the deeply curved spacetime of a black hole to establish a connection. Due to the peculiarities of this branch of physics, a theoretical connection of this type could theoretically span vast reaches of the cosmos. It’s even possible that, in the right conditions, matter could travel through this cosmic tube and emerge with its information largely unaltered.

The researchers from Sofia University created a simplified model of a wormhole’s “throat” as a magnetized ring of fluid in order to predict how this black hole might appear to observatories like the Event Horizon Telescope. They hypothesized numerous scenarios in which matter would orbit it before being sucked in.

The particles caught in this whirlwind would generate strong electromagnetic fields, which would turn and break in regular patterns, dividing the light produced by the heated material in a way that could be traced back to its source.