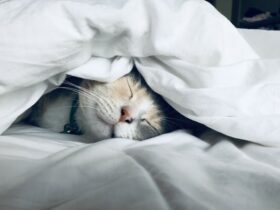 Each of the chemicals in question has been authorized by the FDA as a dietary supplements and, when combined, seem to be quite effective in inhibiting RNA virus reproduction. While acknowledging the in vitro nature of the peer-reviewed study conducted yet, they could not provide a definitive answer as to what effect the supplementation may have on people.

In the lab, researchers analyzed the combination of cells from lung tissue and other tissues, as well as RNA viruses, as well as those that trigger the flu as well as the typical cold, according to their findings.  When contrasted to normal, virus multiplication was shown to be at least 50% lower. Flavonoids, which are present in several fruits and veggies and are deemed safe as a complement, are also included in the booster.

Despite its anti-viral properties, zinc has a hard time getting into cells. Additionally, the new supplement’s other components seem to enhance this capacity. SARS-CoV-2, this same RNA virus which induces COVID-19, has still not been examined, but specialists are confident that its reproduction may also be inhibited based on studies on other coronaviruses in the group.

Dietary supplements combined with immunizations are a safe and economical way to prevent numerous respiratory infections, such as the common cold. These findings might lead to the creation of a medication that can be taken orally.

As a result of its safety, naturalness, and possible effectiveness against a wide spectrum of viruses and variations, experts believe that such a treatment would represent a significant advancement.

The research was published in the journal Pharmaceuticals.