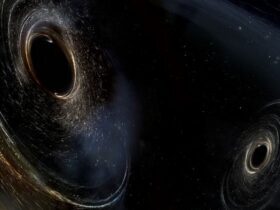 Methane-eating bacteria have been used to build a battery that generates power from the gas.

The idea of harnessing the power of microorganisms to create electricity is not new. Methane & carbon dioxide are captured by anaerobic digesting systems (also known as biogas systems) when microorganisms consume organic waste. Once this gas has been processed, it may be utilized as fuel for vehicles, fed into natural gas pipelines, or transformed into heat or power. Approximately 50 million micro-scale bioreactors have been installed globally, including 2,200 working biogas systems in the United States.

However, these systems aren’t that much energy-efficient. At this point, under 50% of the gas is being used to generate electricity, which is the greatest amount that can be done.

The bacterium Candidatus Methanoperedens, which can be located in freshwater and eats methane to stay alive, was used by the researchers because it removes electrons from the gas as it is consumed. A molecule termed nitrate, which is composed of nitrogen plus oxygen, is digested using those extra electrons.

Methane-eating bacteria were put at one endpoint, while nitrate was introduced at the other, which was classified as a chemical port. An electrode connected to a mini-reactor is progressively reducing this flow, pushing the organisms to give up their electron leftovers. Approximately 31% of total of the methane given to the bacteria may be converted into power with this method, according to the scientists.

It’s remarkable, but if it’s going to have any significant influence in the actual world, it has to be converted faster. To discover how successfully this bacterium can execute the process in a natural setting, the study team plans to do further experiments. The quest to develop better strategies to mitigate air pollutants and cool the earth has begun, and these latest results are encouraging.

The research was published in Frontiers in Microbiology.