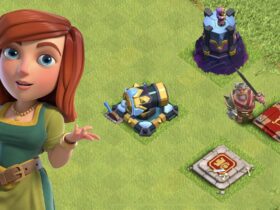 A gigantic dinosaur with the face of a crocodile was found on the Isle of Wight by one of the top fossil hunters in Britain. According to experts speaking on Thursday, this dinosaur was likely the biggest predator that ever prowled Europe. The majority of the bones of the two-legged spinosaurid were discovered by the late local collector Nick Chase, who devoted his life to scouring the beaches of the island off the southern coast of England in search of dinosaurs remains.

This was an enormous monster, measuring more than 10 meters (33 feet) in length, and based on some of the measurements, it most likely represents the biggest carnivorous dinosaur that has ever been discovered in Europe. The back, hip, and tail bones of this dinosaur, in addition to some limb pieces, were unearthed, and they have been dated to around 125 million years ago, during the Cretaceous Period. Based on the pattern of microscopic grooves that were found on the top of the tail bone, a team of specialists came to the conclusion that the bones most likely belonged to a type of dinosaurs known as spinosaurs. Spinosaurus, a dinosaur that lived around 95 million years ago and has been regarded the longest-measuring predator because to its length of approximately 50 feet, is a member of this group.

The recently discovered dinosaur does not yet have a scientific name since not all of its bones have been discovered; nonetheless, paleontologists are now referring to it as the “White Rock spinosaurid.” The consensus within the scientific community is that this particular dinosaur did not belong to any other sort of species that had been discovered before. According to the findings of the study conducted by Gostling and his colleagues, the fossils may have particularly belonged to a Spinosaurine. If this is the case, they would be the first Spinosaurine spinosaur to be discovered in the British fossil record.

The family of meat-eating dinosaurs, often known as theropods, had some of the biggest known dinosaurs on the continent. These included the Tyrannosaurus Rex of North America, which measured 42 feet in length, and the Torvosaurus of Europe, which stretched over 33 feet in length. The Cretaceous Vectis Formation, which is the geological stratum where the bones were discovered, is where the dinosaur was given its name.