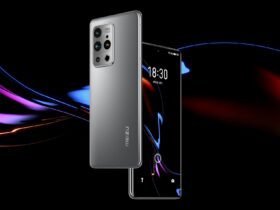 If you think dinosaurs had it worst, what may have happened with Earth after that, it’s even more terrible. A second asteroid possibly striking Earth at the same time as the one thought to have wiped out almost all dinosaurs is being looked at by researchers.

It all started with a smaller crater only recently found in the water. According to a team of researchers, a giant asteroid may have formed the hole. Read out below for all the intriguing facts.

The Aftermath of Two Asteroids

According to the team of researchers, the recently discovered crater, via seismic sensors, in the North Atlantic Ocean is around 8.5km wide, buried up to 400m beneath the ocean off the coast of Guinea, West Africa.

What’s curious about this crater is that it resembles the one in Mexico’s Yucatan Peninsula, believed to have been made by a giant asteroid that hit our planet about 66 million years ago.

Uisdean Nicholson is a geologist at Heriot-Watt University in Edinburgh, Scotland. He was actually the one who discovered the crater and started assembling a research team.

I’ve interpreted lots of seismic data in my time, but had never seen anything like this, said Nicholson.

He also believes that the crater has various characteristics that imply an asteroid formed it. However, he said that further study is needed before that can be proven. So, a crew will visit the crater to drill into the seafloor and gather mineral samples.

But until then, computer simulations were run to predict the implications of such an impact and find key data. The results are definitely intriguing.

According to that, the crater was formed by a 400m asteroid plunging into 500 to 800m of water. That would have resulted in a 900m high tsunami as well as a 6.5-magnitude earthquake, can you imagine?

Finally, Nicholson and his team explored the possibility that the fragmentation of a parent asteroid produced the newly found crater. Of course, further research is needed to figure that out.