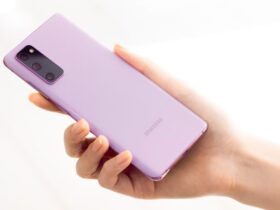 Google released some powerful phones in recent years, and they can surely compete with top models coming from brands like Samsung, Apple, or Huawei. Of course, Google is also a top brand and one of the richest companies on Earth, but we all have to admit that smartphones are far from being the first thing that pops into our mind when we pronounce the name of the Mountain View-based tech giant.

One of Google’s top smartphones is the Pixel 6 Pro, which came out a year ago – in October 2021. As for Samsung Galaxy Z Fold 4, this device was released this year back in August. We clearly have two powerful phones, but let’s try to find out which one holds the superiority:

It’s safe to say that Samsung Galaxy Z Fold 4 has a better display than the one of Pixel 6 Pro.

Samsung Galaxy Z Fold 4’s main camera consists of a triple-lens setup: a wide 50MP lens, a telephoto lens of 10MP, and an ultrawide snapper of 12 MP. The main camera setup is also capable of recording video up to [email protected]

The front camera setup of Samsung’s phone consists of a 4MP wide under-display lens and a wide 10MP lens for the cover display. It can record video up to 4K quality.

The cameras of the Pixel 6 Pro are also worthy of a lot of attention. The main setup consists of three lenses: a 50MP wide lens, a 48MP telephoto lens, and a 12MP ultrawide lens.

The selfie camera of Google’s phone consists of a single 11.1MP ultrawide lens that can also record video up to [email protected]

Google has integrated the new Tensor chipset of 5nm on its Pixel 6 Pro, while Samsung relies on the Snapdragon 8+ Gen 1 processor for the Galaxy Z Fold 4. The latter is the best processor built by Qualcomm, and it’s a bit superior to Tensor.

Galaxy Z Fold 4 wins this round.

This is the area where Pixel 6 Pro outclasses Galaxy Z Fold 4, as Google’s flagship is about two times cheaper than its “competitor.” You can buy the Google Pixel 6 Pro at a price that revolves around the amount of $550. If your wish is to have the Samsung Galaxy Z Fold 4 in your pocket, you’ll have to spend around $1,100.

Both Google Pixel 6 Pro and Samsung Galaxy Z Fold 4 deserve to be considered flagships. Both run on Android 12 out of the box; both carry 12GB of RAM; both can survive underwater, and so on. If you want a cheaper phone, you should definitely buy the Pixel 6 Pro.

If you’re up for the larger display, which automatically offers you the chance to run a lot of interesting processes on larger frames, you should buy the Samsung Galaxy Z Fold 4 without hesitation and if money isn’t a problem for you.

If you rule out the sizes of the displays, Google Pixel 6 Pro seems to be the better device.

One interesting aspect and similarity between Google Pixel 6 Pro and Samsung Galaxy Z Fold 4 is that neither of the two smartphones has a memory card slot. The storage options are, however, pretty interesting: 128GB, 256GB, and 512GB for the Pixel 6 Pro and 256GB, 512GB, and 1TB for its “competitor.”