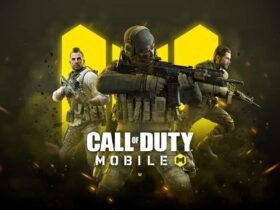 COD Mobile vs. PUBG Mobile – What Should You Know Before Picking One of the Games

The rumor mill has stirred quite the buzz lately, hinting at the possible specs and features of the upcoming Samsung Galaxy Tab S8 lineup. Now, fresh leaks have unveiled the devices’ processor and other key details, so we know what to expect.

Thanks to the popular tipster Ice Universe, the Samsung Galaxy Tab S8 series’ processor was leaked. The devices will draw their power from a Qualcomm chipset, the Snapdragon 898 SoC, which is great news.

Previous reports hinted at the Exynos 2200 processor. If the leak turns out to be accurate, we can expect a premium Galaxy Tab lineup!

Remember that Samsung didn’t confirm anything yet. So, it’s better if you take everything with a pinch of salt.

The standard Samsung Galaxy Tab S8 is said to flaunt an 11-inch LTPS TFT panel with a 120Hz refresh rate.

Both the Samsung Galaxy Tab S8 and Galaxy Tab S8+ are believed to feature a 13MP rear camera module and an 8MP upfront shooter.

As for the Samsung Galaxy Tab S8 Ultra version, we can expect an upfront camera of 5MP equipped with an 8MP main lens and a 5MP ultrawide lens. The rear camera will include a 13MP primary camera.

A battery of 8,000mAh is said to keep the lights on for several hours on the Samsung Galaxy Tab S8, while on the Galaxy Tab S8+, we can expect a 10,090mAh battery.

Samsung is expected to release the first official teasers in the coming months!