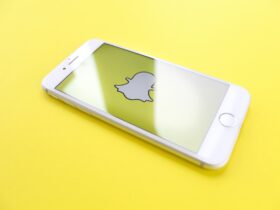 Snapchat Is Shutting Down The Snap Camera In Less Than A Month – What Is The Best Alternative?

Another day, another piece of information about the upcoming Samsung Galaxy S23, which will launch exactly a month from now. Even smartphones can heat up too much if you expose them to long gaming sessions, which could turn out to be dangerous for the hardware parts. Samsung knows that lesson very well.

According to a new tweet coming from a reliable leakster, the upcoming Samsung Galaxy S23 will be featuring an improved cooling system. In other words, the flagship phones from the upcoming lineup won’t heat up too easily despite running some demanding games. All three Galaxy S23 models, standard, Plus, and Ultra, will benefit from the improvement.

The three S23 phones from Samsung are expected to feature a larger liquid chamber, which will grant significantly better performance during gaming.

Perhaps everybody already knows that mobile gaming has become extremely popular in recent years. One of the reasons for the popularity of mobile gaming is the widespread availability and affordability of smartphones, which have become the primary gaming device for many people. In addition, the proliferation of high-speed mobile internet has made it easier for people to download and play games on their phones.

There are a number of smartphone manufacturers that produce devices specifically designed for gaming, and Samsung is just one of them. Some of the other companies that are generally considered to be the best for gaming smartphones include:

The Samsung Galaxy S23 lineup will launch on February 1.