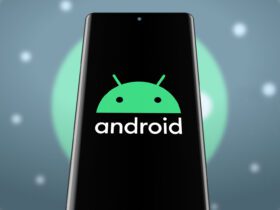 We’re only less than a month away from Samsung unveiling its 2023 flagship, known as the Galaxy S23 lineup! The South Korean tech behemoth will release the new smartphone series on February 1, and we can already get our hands on some precious information and rumors.

Ice Universe is a well-known figure in the tech community, particularly when it comes to predicting future Samsung products. This individual has a knack for getting his hands on insider information about upcoming Samsung releases and is not shy about sharing it with the world.

Think of Ice Universe as a tech-savvy soothsayer, always predicting what Samsung will release next with such accuracy that it’s almost as if they have a direct line to Samsung’s Product R&D department.

Notebookcheck has spotted a teaser trailer of the Galaxy S23 Ultra coming from Ice Universe that suggests a mind-blowing camera present on the device. It could mean that the future phone features a 200MP main camera, especially for the fact that another source, the Chinese TENAA regulatory body, suggested a few weeks ago that the upcoming Samsung Galaxy S23 Ultra would feature such a powerful camera.

Samsung is always looking for ways to remain at the top of the smartphone game, like a determined athlete always trying to break records. The firm is constantly pushing the boundaries of what’s possible with new technologies and innovations, always trying to outdo itself and its rivals.

It’s like the participation in an Olympic event where the prize is being the number one smartphone manufacturer, and they won’t rest until they’ve claimed the gold medal. They’re always looking for ways to improve their products and stay ahead of the competition, whether it’s by incorporating new features, improving camera capabilities or increasing battery life.