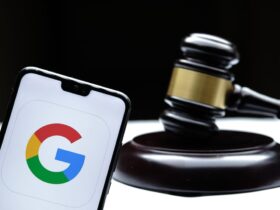 Samsung released both the Galaxy A33 and Galaxy A53 smartphone models this year: in April and March, respectively. The South Korean tech giant enlarged a very successful series, the A lineup, and it has proven once again to the world that a smartphone can still be capable enough without qualifying as a flagship.

There are plenty of similarities between the Galaxy A33 and the A53 models: the same Exynos 1280 processor, a 5000mAh battery, Android 12 out of the box, and a Super AMOLED display, just to say the least. But let’s take a closer look and spot the differences:

As you’ve probably already guessed from the start, the Galaxy A53 model is better than A33. It also applies to the display area. While both models have a Super AMOLED display, the one of the A53 model has a higher refresh rate: 120Hz compared to 90Hz. The refresh rate is very important for smartphones these days when gaming is becoming more and more advanced. The display of A53 is also a bit larger than that of its sibling: 6.5 inches compared to 6.4 inches.

There are also some significant differences between the Galaxy A33 and A53 phones when it comes to their cameras. While the A33 device has a 48MP main lens, the A53 model features a 64MP sensor on its main camera setup. The ultrawide, macro and depth sensors of the A33 phone are also inferior to those of the A53 when it comes to the number of megapixels.

Both Samsung Galaxy A53 and A33 can record videos up to 4K quality with both of their front and rear camera setups, which is indeed amazing.

The price of the Samsung Galaxy A33 revolves around $260, while you’ll need to pay roughly $329 for the A53. While there is a clear price difference between the two phones, it seems to be justified when you take a look at the specs.

The Exynos 1280, built by Samsung, is the most recent chipset for midrange phones. It was built on a 5nm process, and it carries an octa-core CPU as well as a Mali-G68 MP4 GPU. During testing in Geekbench 5 and for the two Samsung phones that make the subject of this article, the chipset reached a score of around 1900. That’s a pretty impressive chipset!

The Galaxy A53 model is clearly superior to A33, at least when it comes to the cameras and the display. Apart from that, it doesn’t look like there is another important difference between the two gadgets. Therefore, our recommendation is to choose the Galaxy A53 model from Samsung if you will ever be into the position to buy one of the two devices. At the same time, if you don’t care too much about taking photos and you want to save about 70 bucks, purchasing the A33 model will be the better deal.

Samsung incorporating its own Exynos chipsets into its smartphones was surely seen as a great idea by the majority. People started to speculate that the idea was taken from Apple, as the tech giant from Cupertino is also adding its A-series Bionic chipsets for iPhones.

The two Samsung phones are also equipped with IP67 dust and water resistance, which has surely become a ‘must’ nowadays. 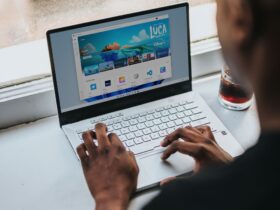