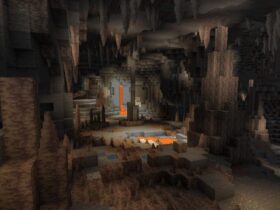 Roblox is one of the most popular games of today, but the curious aspect about it is that it got so popular without being released on the most prevalent platforms of the modern world somehow.

At the moment, Roblox has its most significant success on PC, Xbox and mobile, but, after being asked for thousands of times about when the game will be featured on other platforms, Dave Baszuki, the game’s CEO and co-founder, announced the following:

“Switch, PlayStation, Quest – all of these platforms make perfect sense for Roblox.”

We all know that Roblox is an old game, quite ancient by today’s standards. It got persistently better with time, and it says a massive boom over the past few years, with the company reaching a market cap in the tens of billions, and 164 million monthly players, at the last count.

There is no apparent reason to why the game hasn’t been introduced to PlayStation and Nintendo consoles already, maybe there is some sort of deal with Microsoft in particular, but it looks that it is nearing its end.

A total of 115 million PS4s have been sold, next to 85 million Nintendo Switches. At this point, the PS5 is unofficially the most rapid-selling console in history, though there are no official numbers available at the moment.

Also, Baszucki spoke of a “Quest”, which is an undeniable nudge to the Oculus Quest, suggesting that there may be some VR plans in store for Roblox.

That would certainly take the experience in a new direction, though it is not definitory to the game as we knot it.